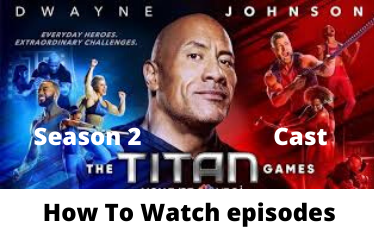 NBC is bringing back The Titan Games for its second season. The first season was quite intriguing, attracting a lot of viewers for the show. That’s made the franchise to go for it’s another run. The Titan Games Season 2 will go on air in 2020.

The Show is divided into two competing categories for males and females. In each of these categories they have to face other contestants in various rounds to move further in this reality game show. Finally, the last standing contestant in both of the categories is declared the winner with the title as ‘Titan’.

Are you ready for fun and adventure with 2nd season! World-class athletes are going to perform this season who are unmatchable. If You crave competition get ready to Rock. Now is the time for ordinary heroes to perform some extraordinary challenges. 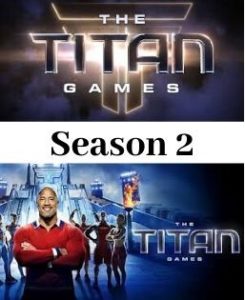 Season 1 was hit. All the athletes crossed the boundaries of the challenges given to them. So in Season 2 obviously the makers are taking the challenges one step ahead.

In this COVID-19 situation, having a show like this on television will boost out the energy in hope in mankind’s heart. On 25th May 2020, season 2 is going to premiere on NBC. You can watch it every Monday on NBC.

In 2020, for the 2nd season of the show, Dwayne “The Rock” Johnson the creator of the show was expressing that the second season will be having new challenges, a new arena for the competitors. He is again going to host the show himself.

Legends of the Titan Games 2

As we know the athletes (contestants) have to go against some legends and have to stand out and win that challenge. Only after that, they will be able to perform in Olympus. Here is the list of legends who will be seen in Season 2. 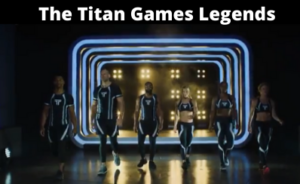 Contestants of The Titan Games 2

Rock is coming back to Arena with the new athletes. these athletes will compete with the legends. And the one among these contestants will stand out till the end will be declared as “THE TITAN”

We will update the list of contestants as soon as the list will be out for the show.

So now we can let you know about some of the contestants from the last season of the show.

To know more about the casting scroll down to read it all out. 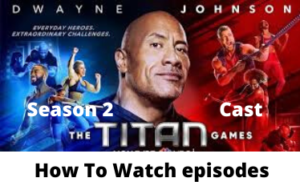 How To Watch The Titan Games Episodes

However there is some news that Netflix UK is in talks with the officials to have streaming rights of the episodes of The Titan Games Season 1. And in June 2020, the UK will be able to watch the first season on their Netflix.

However there is no such news about official Netflix taking the streaming rights of the series. But we will keep you updated related to the show and its episodes’ streaming details.

Conclusion: The Titan Games will shine like always even in COVID-19. And this time in The titan Games season 2 it will rock even more. Legends are already selected. Now we are left with only contestants. Episode by episode we will witness the athletes also. So Don’t forget to watch every single episode of this ultimate game show.

Will there be a Season 3 of The Titan Games?

This is a game show of spirit. and it is not going to end. Till now there is no notification of Season 3 casting. But as per the success of the previous season, we are quite sure that there will be a third season.

Do Titan Games Contestants get paid?

Apart from winning money the contestants don’t get paid. by far now the winning male and female gets $100,000 each.

How much The rock get paid in The Titan Games?

Well according to the sources in the season 1 rock received $650,000 per episode.