This makes all the viewers enjoy the singer without knowing who it is. You can only guess the contestant if you follow them quite closely and figure out their voice. Otherwise, you can’t find out their identity as they are covered by costumes from head to toe. Well, some hints will be there from the show that will lead you towards the identity of the singer.

Enjoy the 9th installment of the series which will air on TV on 15th February 2023. Before proceeding further let’s have a look at some important details.

The show is based on the South Korean reality singing show ‘King of Mask Singer’. Craig Plestis the developer of the show stated that when he watched this show for the first time he forgot about his dinner and was just watching towards the screen.

There will only be live voting by studio audience in the show. Which will be done by the live audience present on the sets. And you just have to be a part of that live audience in order to vote. That means while watching the show on tv from home you can not vote. Via Electronic Voting Pads, the show audience cast their votes live in the show. That is how the masked singer voting is done in the masked singer.

One can vote from home also. How? We will find out about It later.

You can figure out how interesting the show is as you want to know about the identity of the singer from the start.

The only way to know their identity is by guessing their voices. I’m not good at guessing the voices but you can try it. So watch the show online and vote for the contestants by following these methods.

You May Also Like: Uk The masked singer Season 4

Register To Vote For The Masked Singer Via App

The show is calling out all the super fans of the show in order to vote for the contestants of the season from home. Instead of a Live studio audience, this time there will be the home audience for season 9

This voting registration will be done using the Zoom app. The following are the requisites to complete the registration to vote.

You may also, Like: How To Vote in Peacock TV Love Island 2023

Season 8 winded up on 30th November 2022. And now the notification has been released that the very next season will be premiered on 15th February 2023. Well, about season 9, we will provide all the information as soon as the show kicks start.

Format of The Season 9

The theme of the show is casting a group of celebrities who faces each other in the competition. These celebrities are masked and have to face each other in a singing duel. They have to perform a song of their choice in their real voice. After each of their performance, they are scored by panelists and the live audiences. 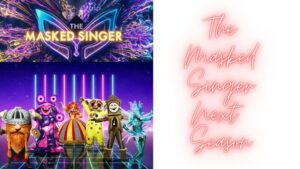 The winner of the duels is safe while the loser has to go to the eliminations. Then from all of the losers, the panelist decides who will not continue this journey and have to reveal their identity.

All of this continues until the winner is selected and reveals their identity. Well, you will be having hints from their pre-record interviews. You can guess it from there or watch this show where you can enjoy these singers without knowing who they are. The format of the show is just taking a U-turn this time. This time 3 contestants will perform together and only one will be declared as the winner. That artist will move forward.

How To vote online in The Masked Singer 9

For this season also the show is not having any audience voting. But you can actively live guess on social media you just have to follow this show and guess who are those masked singers.

The masked singer voting will be done from home this time. So don’t waste a single minute and participate in voting.

You can apply for the live audience by following these steps-

If You are searching for the voting polls, then indeed you are a superfan of the masked singer and you wish to participate in voting. Now with the help of polls, you may find out who is the most popular and the least popular among all the contestants. As of now, the season is not started. But soon the season will kick start.

Note: This is an unofficial voting poll for fun.

Every week the one who loses the challenge will be in the danger zone. And on the basis of votes, they may get evicted one by one every week. In the end, only one will be the Masked Singer winner. Here we will keep updating all the details about the vote-out contestants’ list. This time every week some contestants will perform. On the basis of vote only one with the highest votes will move forward whereas others will have to leave the show by unmasking themselves.

Every week some artists will perform and only one will win and move forward.

Since the show has not started yet, so there is no detail for the evicted contestants. Soon you will have weekly details about the unmasked singer.

As already said, Zoom is the app to vote for your favorite in the masked singer. The show allows online voting for the audience. But this can not be done without downloading app. So, here are the steps that you may follow to download app:

Apart from this, there no such website like masked singer.com to submit your vote. There is only way to vote that is via zoom app. And you must have to download it to use the voting feature. Also, there is only fox official website from where you may get the useful information about the show.

On 22nd Sep 2021 the masked singer’s season 6 started. And that season was one of the best seasons of all till the end. In the previous season, season 5 had gained the maximum number of viewers. In previous seasons the viewers were around 8 to 9 million. But in Season 5 it was huge. Can you guess?  What will be the no. of viewers in the upcoming season?

The number of viewers for season 4 of the masked is increased to 281 million. Such a huge growth. It means the sow is gaining popularity day by day. Seasons 5,6,7  and 8 rocked too. And this time again you will see Season 9 is going to be the best season ever.

So guys season 9 will make the same impact as season 8. A new season with the same passion, same format, and same judges but with new contestants. We have witnessed the voting in season 2. And after season 4 there was virtual audience voting. A similar is going to happen in season 9. In the above article, we have mentioned the details of how you may participate in Masked singer voting for the performer. Thank you for being with us, and stay connected for more latest updates.

FAQ’s on The Masked Season 9

Will there be The Masked Singer season 9?

Yes, there will be a season 9. However official date has not been announced but filming for the audience for season 9 has started.

Can you vote in The Masked Singer?

The audience in the show has the chance to vote for their favorite performance. And they can do it on the show only via vote pads in their hands.

Is there any app to vote for the contestants?

No-till now there is no app to vote. However, show audiences have the vote in their hands. They can give their vote via electronic voting pads for the best performance.

Will there be a Virtual audience in Season 9?

We know the situation of the COVID-19 pandemic across the world. However, the shooting of the shows has started, but there are some changes that have been made to the show one of them being a virtual audience. There will be no virtual audience in season 9 of The masked singer.

How can I do masked singer voting at home?

This feature is for the home audience who watches this show. They can vote for the contestant via the app from their home only.