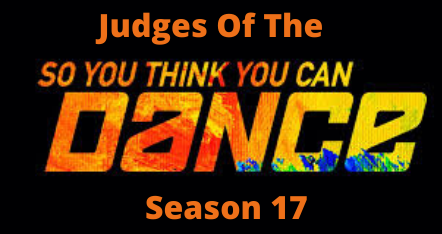 The show is similar to any other dancing reality show. The show starts with the open auditions, screening thousands of aspirants, and shortlisting only a few of them. Then the main journey of the show starts where the selected contestants are eliminated on the basis of their performance.

You can scroll down to read about the upcoming season of the show and its cast.

Judges For So You Think You Can Dance

The most important part of any reality show is judges. They score the performers together with the viewers to make sure that the best performers continue their journey in the show. 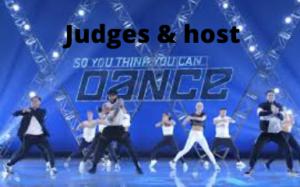 They have to make the right decisions in scoring the contestants in the show. For a show like this, you have to be better quite sure about your judging as people can criticize it. Along with judges, people can also vote for contestants in SYTYCD.

For the 17th season, Nigel Lythgoe is surely going to be on the judging panel as he is one the creator too. In last few seasons, you can see Mary Murphy as a judge. So the ballroom dancer can continue her journey with the show. However, we are not sure Laurieann Gibson and Dominic “D-Trix” Sandoval will continue the show.

We will update this part if we found any changes in the cast of the show.

Name of All the SYTYCD Judges 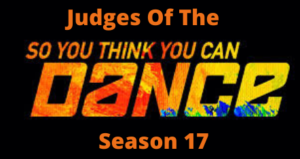 So You Think You Can Dance Season 17 Host

The job of a host is not bounded by just presenting the contestants in the show. Nowadays the host plays a major role in the reality of how business. The host has to be entertaining and producing some aspects of things that can be a bit of entertainment to the viewers.

As with her service to the show, she is likely to continue in the 17th season too as we cannot find any reasons that show will replace her.

When was the first season of the show telecasted?

The first season was telecasted in July 2005.

Can viewers vote in the show?

Where we can watch the show?

The show is telecasted on FOX. You can also watch this show on other streaming platforms like HULU, YouTube TV, and more.

What are callbacks meant in the show?

Callbacks are the auditions for the further screening of the contestants.

When will the 17th season going to be premiered?

Till now no dates are confirmed for the release of the 17th season.

Does the production of the 17th season started?

No information was released regarding the production of the 17th season.

Does the franchise have its international shows?

Yes, the franchise has produced many international versions of the show.

When will the auditions for the 17th season start?

You can guess the auditions may start after the Coronavirus situation will be under control. Although some of the SYTYCD auditions have been completed and some have been canceled due to the COVID-19 pandemic.

How many contestants are eliminated per week?

Generally, two contestants are eliminated per week. Though it may be changed according to the situations developed.