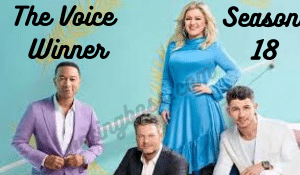 The American singing reality show The Voice is turning to the point where everybody wants to know who the winner is. Well, you could be the one who can choose The Voice Winner by voting in the show. As the viewers have some power which can help contestants to reach the finale of the show. This time we are going to reveal who is the winner of your votes, the contestant who got the maximum public support as votes.

The voice franchise began its journey in April 2011 when the debut season was aired. The show was getting a lot of applauds that made producers to continue the show. Now the show has completed 18 seasons.

The format of the show is like any other competition where the contestants have to perform to get maximum scores. Here, the contestants also receive votes from the show. The one who scored the least points after evaluating both judge’s scores and votes is eliminated. The one who is crowned as the winner of the show receives a prize money of $100,000 and a record deal from Universal Music.

You can scroll down to know about the winner of the show.

The time has come where the show will reveal its winner. The contestants who will sign the record deal of Universal Music. In last aired episode 5 contestants were saved and remaining were eliminated.

With their performances, they were saved from the eliminations. That means they are the one who are performing brilliantly in the show. The winner was declared between these 5 contestants.

On 20th May 2020 the name of the winner and other runner ups was declared.

Todd Tilghmann from the team blake won the crown of Season 18. He was one of the favourite contestant throughout the season. 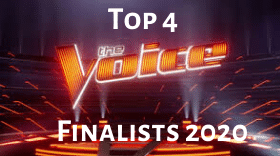 The winner of The Voice Season 18 Was Todd. He was from Team blake. He is from Mississippi. Also, He chose Team Blake during the auditions and the decision was right as he is crowned as the 18th winner of the series. On the finale, he sang the original song “Long Way Home”. 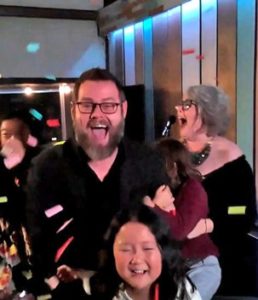 On 12th May 2020, Top 5 Finalists were declared on the basis of votes given by the viewers. The final race was between there top 5 contestants.

These are the contestants who are performing the better than any other in the show. So they have reached to the finale as finalists. And one of them is crowned as the winner of the show.

The show has reached to top 5 List. where all the contestants will perform from there home itself. And with the last live show we will have our winner among these 5 finalists. Here are the names of Top 5 finalists.

The Voice All Season Winners

When it comes to the winners how has seen a lot of brilliant rising stars of the music industry. Let us have a look to all the winners of the previous seasons of the show.

Now we just have to wait for season 18 the winner to add up on this list.

For the 18 season, Blake Shelton  was again looking for the one who could win again as a coach. He is holding up the record of most wins as a coach (Total 6). However, he has a bit of issue as Kelly Clarkson. She is dominating the show as a coach from past 4 seasons as she is crowned winners 3 times in that period.

But guess what Blake won again with Todd. This season there were 2 contestants from Team Blake in the finale Todd and Toenisha Harris. He won with Todd.

So this was all about The Voice Winner of season 18. You can watch the finale again on the NBC or channel app. As we all are in our house so it’s better that we enjoy the show again. It is quite an entertainment package in these boring times.

When is the Finale of the Voice?

The show was going quite well. But due to the COVID-19 outbreak now season 18 of the voice has been shortened. There were only 3 Live shows. Where in 3rd week, was finale. This means on 19th and 20th May there was Finale of The voice 18.

Who Won the Previous season of the voice?

Well while looking at previous seasons, we find that the finale will be in between 5 contestants. So Top 5 contestants will participate in the last Live show.