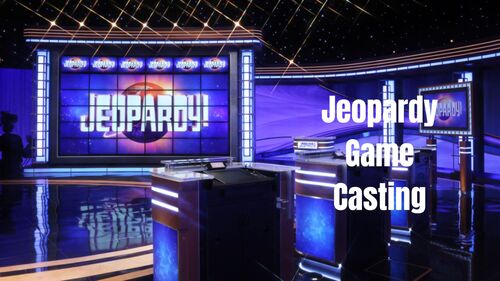 Jeopardy Game is a popular TV reality game show in the US. The show has been airing since 1964 with some cancellations and revivals. Moreover, Merv Griffin is the creator of this game show. Till now, the show has aired 39 seasons with 8,000 episodes. Currently, Mayim Bialik and Ken Jennings are the hosts of this game show. And, Syndication is the original network of the show. So if you are applying for the Jeopardy Casting then it means you will be applying for season 40.

In this show, three contestants are selected and compete in three rounds. These three rounds include the Jeopardy round, the double jeopardy, and the final Jeopardy round. In each round contestants are given clue phrases as answers. However, the contestants must present their answers in a question format with phrases. I know it appears a little complicated, but it is not. You guys should check the show out. you all are going to love it. In this article, we are going to cover various steps for Jeopardy Game casting.

How to apply for Jeopardy Casting 2023

If you wish to be on Jeopardy you have to go through a Jeopardy Anytime Test. Well yeah, you heard it right, there is a test that you have to pass to be on the show. And the good news is this test is now available for you. It is a part of your audition. You will have a total of 15 minutes to give an audition or you can say to go through this “anytime test”. 15 seconds each for 50 questions. But before applying for the casting of Jeopardy you must be 18 years old. But if you are wondering what is the procedure to reach this test, so we are going to mention the complete casting procedure below. Go through it. 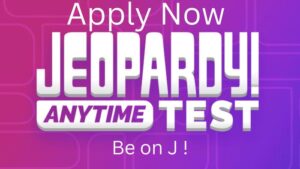 At the current moment, Jeopardy Contestant Application is available online. All of you guys have watched and enjoyed the show. Some of you even wanted to be a contestant on the show. Moreover, anyone interested can easily for the show. Here are the steps:

You May Also Like: Whammy Press Your Luck Casting

Zoom Audition for Jeopardy takes place after the first round of the test. Moreover, there are different types of tests a candidate can take. However, the format of the test for the first round is the same. According to a Reddit user, they had given the first round in January and got the zoom invite in October. So, the process of zoom audition invitation may take some time.

Host of The Jeopardy

The jeopardy game has been airing for a long long time. In that long time, the show has witnessed only 5 hosts. Currently, the show is hosted by Ken Jennings. The Big Bang Theory famed Mayim Bialik was also the host of the show for Season 37 for 2 weeks. Later, she joined the show officially. And, the late Alex Trebek was the most popular face as a host. 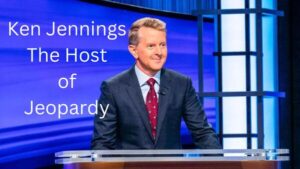 In conclusion, you guys can easily apply for Jeopardy Casting by following these methods. All you have to do is visit the website and log in with your Gmail. Moreover, you must pass the first-round test to move further. However, the invitation for the Zoom audition may take time. Currently, Ken Jennings and Mayim Bialik are serving as the hosts of the show. And, we will update the article as soon as we get some more information.

What is the age eligibility to be a contestant in Jeopardy?

The candidate should be above the age of 18. However, if it is for teen tournament age should be between 13 and 17.

How to apply for jeopardy as a contestant?

You can visit the official website of jeopardy. And, then apply for the Anytime test.

what is the “Jeopardy anytime test”?

Normally, the tests are scheduled for a particular date. However, in any time test, a candidate can apply at any time.

How to get a zoom audition to invite?

For that candidate must qualify for the first-round test. And, then wait for their invitation. It is a relatively long process.

How many times a candidate can give Jeopardy any time test?

Candidates can give any time test one time in 365 days. After 365 days, the candidate can appear for the test again.