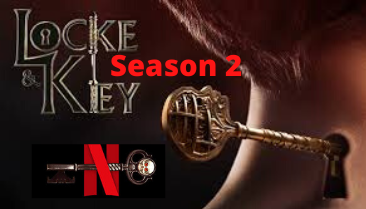 The horror mystery show Locke and Key is renewed for its second season. We know that the first season of the show made quite an impact. The viewers seem to be waiting for the second to know what happens next. So, we have good news to share that the Locke and Key Season 2 is going to premiere soon in 2021 on Netflix.

Soon enough the family found out that the house has a lot of mysteries. As they find some mysterious keys in the house that lead to various ways to the magical world. The problem begins when they find out that a demonic creature is also in the search of these keys for its own benefit. So they have to make sure they keep their foot away from the creature to keep breathing.

You can scroll down to read more about this upcoming season of the show. 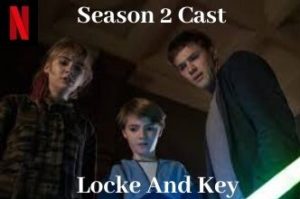 Season 1 was premiered on 7th Feb 2020 on Netflix. It has ended with suspense, that kids think they have beaten up the echo the super villain of the show. But we saw that the Dodge is alive and the one who has been sent to hell was Ellie. It is sure there will be a season 2. Because many truths are to be uncovered. Kids think Dodge has died but she is living in between them with a disguise of a student.

Well, there are many mysteries that are to be unfold in the show. So wait for Season 2 of the show.

You know about the plot of the show. Now let us meet the cast who are playing the roles of various characters in the show.

These are some of the cast who are playing the major role in the show. With their brilliant acting, we are enjoying the characters more than usual. 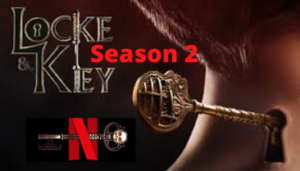 Before you start reading this you should know that the next few paragraphs are full of spoilers and theories. You can read these entire if spoilers don’t concern you. If you really keen to enjoy the upcoming season of the show then you should stop here or else we might spoil all of your second season.

The last episode of the first season ended with Bode destroying one of the shadows using Matchstick Key. Later on, Dodge used the identity key to change the identity of Ellie into Dodge.

Moreover, Ellie’s friends were thrown though the omega door. In the end, Eden was possessed when a demonic bullet hit him. This is all where the first season ends.

For the upcoming show we can guess that Tyler is again going to look for Eden as he is the best friend of the girl Tyler has crush on. The show might end in this season or maybe the creator can extend the story as there are many phases where the story could develop.

With all the positive response from the viewers of the show and the uncompleted story of the show is making all the points towards the making of the second season of the show.

Netflix has not announced anything about the show but it won’t take any longer for the leading video streaming company to announce it. You can keep in touch with us to know the release date of the second season of the show. Most probably it will be in 2021 and soon Netflix will announce its renewal.

Name of Keys in The show 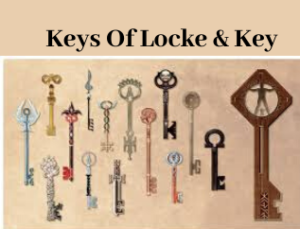 Those who didn’t watch the first season can use Netflix to enjoy the first season. You might like the show and then you could be one of the viewers who are eagerly waiting for the second season of the show.

Will there be Season 2 of Locke and Key?

On the basis of Season 1 ending, we can definitely tell you this that there will be season 2 of Locke and Key.

When is the Premiere Date of Netflix Locke & Key Season 2?

Till now Netflix has not renewed the show for next season. but as soon as it renews we will update the release date. It is expecting that the show will be seen with next season in 2021.

What will be the cast for Next Season?

The main Cast will be same. Locke’s siblings will be seen there. However new cast will also be introduced in the show.