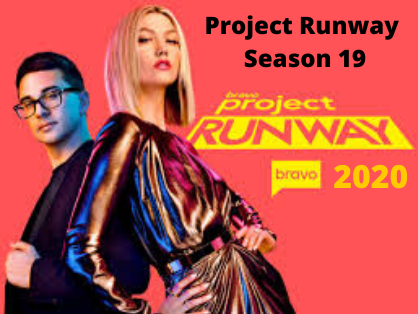 What will happen when 16 fashion designers will compete with each other for the crown of “the next American designer”? Well it will be quite entertaining to watch and you can witness this battle on Project Runway Season 19. Till now 18 seasons have been completed.

You May Also Like: How to do American Idol Vote

Moreover, the winner of the show is also provided with the cash prize of $250,000. Not only cash prize the winner might also get some projects with the established fashions brands of the world.

Project Runway was debuted in year 2004 and with the number of viewers increasing every year made the producers to continue with the show. For the 19th season the battle between the designers is on its prime so why don’t you scroll down to read all about it.

These are the basic details of PR 2020. May be jydges can change or host maybe. For accurate details you have to keep tracking this article time to time. 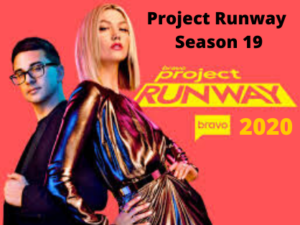 Season 19 is going to be more fun because previous season was a hit. As the next season will start we will update all the details about the show.

One season takes 4 months to complete and to have ultimate winner of the season. If we talk about season 18, it started on 5th Dec 2019 and concluded with 14 episodes on 12th March 2020.

Till now there is no premiere date announced for the 19th season. All we know is that Auditions of Project Runway 2020 have been completed.

There is no pattern of show’s telecast. So we cannot give actual date of when will Season 19 go on air. But we can surely predict that may be season 19 of Project Runway will go on air on August 2020.

Well now you know what the show is all about. Let us just meet the ones who made this season interesting with their designing skills. These contestants in the show are shortlisted after the casting team tested them in the auditions of the show. Now you can guess that they are the ones who got selected from the country while contesting with all other aspirants. 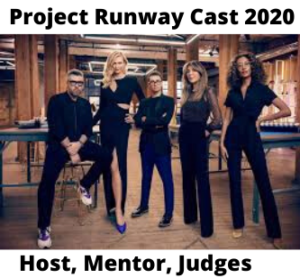 2020 Contesants list will be updated here soon. but let us mention some of the best contestants of previous seasons.

These are all the ones you saw in previous seasons and enjoyed during the battle on designing skills.

How to Watch Project runway 19 Episodes

The debut season of the show started telecasting in December 2004. Bravo TV was holding the rights of broadcasting the show back then till tear 2008. Later on, the show’s broadcasting rights were sold to Lifetime entertainment services.

For you the only way is that you can use to watch the show 19th season of the show is Bravo TV. You can use its cable services or you can use the official Bravo website to enjoy the show.

The 18th season started with a bang. And with that bang came eliminations on the first episode of the show where Asma and Jenn were eliminated. Same will happen with season 19. Before season 19 let us discuss elimination process of previous season.

At last we got up to the finale where 41 year old Geoffrey Mac was crowned as the winner of the show.

Conclusion: Project Runway is all about Fashion world. In the sow you can show your talent and can even win a fine prize amount. In all the previous seasons winning prize amount was $250,000. The cast of the show keeps on changing every season. Every season comes with something new. Hopefully you will enjoy Project Runway season 19 also.

What is the Premiere Date of Project Runway Season 19?

Season 19 casting has finished on 2nd April 2020. Within no time premiere date will be announced. But there might be a slight delay due to pandemic COVID-19.

How Many Contestants Will be there in the Project Runway?

Considering previous seasons, there might be 16 contestants who will participate in the competition.

Where Can I watch Project Runway?