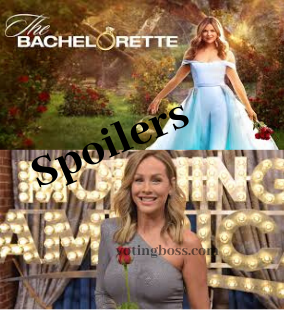 The Bachelorette is an American dating reality show. The production of the debut season of the show began in 2002. However, the first season was out for viewers in the first month of year 2003. From its debut season the show has got 14 renewals. And now get ready for The Bachelorette Spoilers and its next whole new season. The show is going to on air wth its 15th edition soon.

As per the title of the show suggest, the show features a bachelorette who is looking for a right man to marry. Moreover, these bachelorette generally are the previous contestants of its parent show ‘The Bachelor’.

The concept of the show is similar to its parent show with just gender reversal of the contestants. The show starts with the contestants who are looking to impress and win the heart of bachelorette to marry her. To win her heart is not easy as it looks if the contestant who got a rose is considered safe. Moreover, the one who didn’t receive any rose is eliminated from the chance of marrying the bachelorette.

You may Also Like: All About The Bachelor abc

Well for you we have some spoilers to share. To know every spoiler of season 16 of the show just scroll down and read it by yourself.

If you don’t know who we are talking about then don’t worry we are going to reveal the name for you. The bachelorette of the 16th season of the show is Clare Crawley. The viewers were getting a though that contestants for this year’s show might be in their 30’s. However, this is not so the case, clare is 38 years old while the contestants will be younger than her. 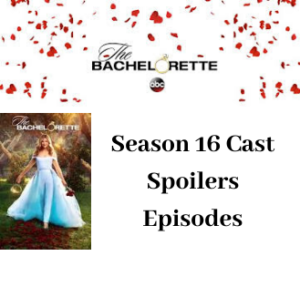 When the viewerss got to know about the age of the contestants, internet exploded with the comments. The people are talking about how the casting team brought the contestants in their 20’s for a 38 year old.

This was not the only time we have seen the age gap. The 14th season which was one of the famous seasons among all, had same concept. Hannah Brown a 24 years old surrounded by 30 contestants having age older than her.

Stick to this article we will keep giving you all the spoilers for next season.

We know that you are too eager to know who has won the heart of Clare to marry her. We will tell you soon about it before that we are going to tell you about the contestants of the 2020 season of the show.

For you to know more only two of the above contestants of the show are older than Clare.

These are the contestants from the show. Few of them will be emerge in the finale of the show where you are going to find out who is going to marry the Clare. Let’s get started with The Bachelorette Spoilers.

Aaron is from Fort Lauderdale, Florida and is 33 years old. By profession he is a sales representative.

28 years old Alex is a model and also afitness and health freak. He is an insurance broker. He is from Dallas.

He is 27 years old and is from Huntington Beach, California.

Ausitn is a Doctor by profession and is 28 years old. He is from Cut Off, Louisiana. He is a doctor of neuromuscular disorder.

Bennet m. is a coach of soccer for kids. He is from Orlando, Florida and is 27 years old. He looks like a gentleman.

He is 29 years old and is from Hamilton, Ontario, Canada.

He is from Phoenix and is 30 years old. He is interested in Men’s grooming, fashion and Stoic Philosophy.

Bret is a single contestant who is 40 years old. He is from Provo, Utah. He works as an executive at a health and welness chocolate company. Also, He has 2 sons. Bret fits under the perfect guy for Clare.

Cameron is 28 years old and is from Newport Beach, California.

Chris is 27 years old and is from Salt Lake city. He is a baseball player. By profession he is a business developer. He loves cooking.

Dale was a NFL athlete and now he is a a model and a host. He is 31 years old and is from New York City. He is also a global ambassador at special olympics.

Demar is from Scottsdale, Arizona and is 26 years old. He is a spin instructor.

Ed is 36 years old and is from Miami. He works as an account executive.

Ellis m. is from Dallas and is 26 years old. He works for a Radio station and wants to become a singer.

Grant is 25 years old and is from Boston. He is a sales representative.

Greg is from Edison, New Jersey and is 26 years old.

He is 28 years old and is from Dallas.

Jake is a bartender. He is 25 years old and is from Lafayette, Colorado.

He is 23 years old and is from Chicago. He is a property manager and carries dimples on his face.

He is 29 years old and is from Oakland Park, Florida.

Jordan is from New York and is 26 years old. He is a former football player.

Josh is from Minneapolis and is 31 years old. He has a great smile. By profession he is an account executive. He likes hockey and travelling.

JP is from Jacksonville Beach, Florida and is 25 years old. He ia a MBA. He is also a friend of Tyler.

Karl is a speaker. He is from Miami and is 33 years old. We can also refer him as success coach.

Matt g. is 26 years old and is from Jupiter, Florida. He is a Speaker and welness adviser.

He is from New York. He is 28 years old having a real estate business. Matt j. is famous for his humour and his cuteness.

Miles is from Shreveport, Louisiana and is 27 years old. By profession he is an engineer. He used to play Baseball in his college days.

He is from Calgary, Canada and is 38 years old equal as our bachelorette.

Noah is 25 years old and is from Long Beach, California. He is a travelling nurse. He also has a blog and is a twin.

Nick e. is from Nashville. He is 25 years old and is business consultant.

Tyler is from Morgantown, West Virginia and is 27 years old. He loves boxing.

Yosef is 30 years old. He is from Daphne, Alabama. Yosef has a 4 years old daughter. And he is a territorial manager.

The best we can know about it is when we will going to watch the episodes of the 16 season. After the season start you can watch all the latest episodes online on ABC website. also you can tune in to ABC network every Tuesday at 8:00 PM. We will keep giving you The Bachelorette Spoilers for every episodes. Till then just wait for us to update more content for you. 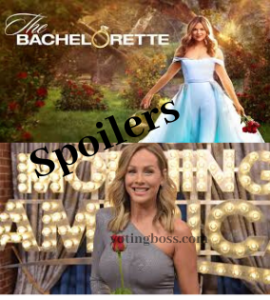 32 men are going to participate in the show. Most of them are yong and are in their late twenties. The show lasts for approx 2.5 months. The bachelorette judges the men and decides who will go further in the show and who will get evict. So men have to impress our this year’s bachelorette “Clare”. One by one contenders will keep on leaving the show. Only 2 will make it up to the finale. The one who impresses Clare the most will win the finale.

The Bachelorette Spoilers for Eliminated contestants will be updated here soon.

We will update the date of finale of the show when the authority will reveal about it.

The 16th season of the show is not started yet. This show is still in its development phase. To know the winner of the show you have to wait for a bit when the show will emerge in its final piece of the show i.e. finale.

Till then you can have a look on all the previous winners of the show.

So this was all about The Bachelorette Spoilers for this upcoming season. For the viewers we will keep updating latest news about the show. check here for latest updates and spoiler alerts.

How many contestants are there in Season 16?

There will be 32 contenders in the beginning.

Who is the bachelorette this time?

Clare Crawley who is 38 years old is the bachelorette this season.

When will the season 16 starts?

Season 16 of the show will start soon. The exact date has not been revealed yet. It will premiere on ABC network every Tuesday at 8:00 PM.

When will we get The Bachelorette Spoilers?

We will keep updating the spoilers of this season weekly.