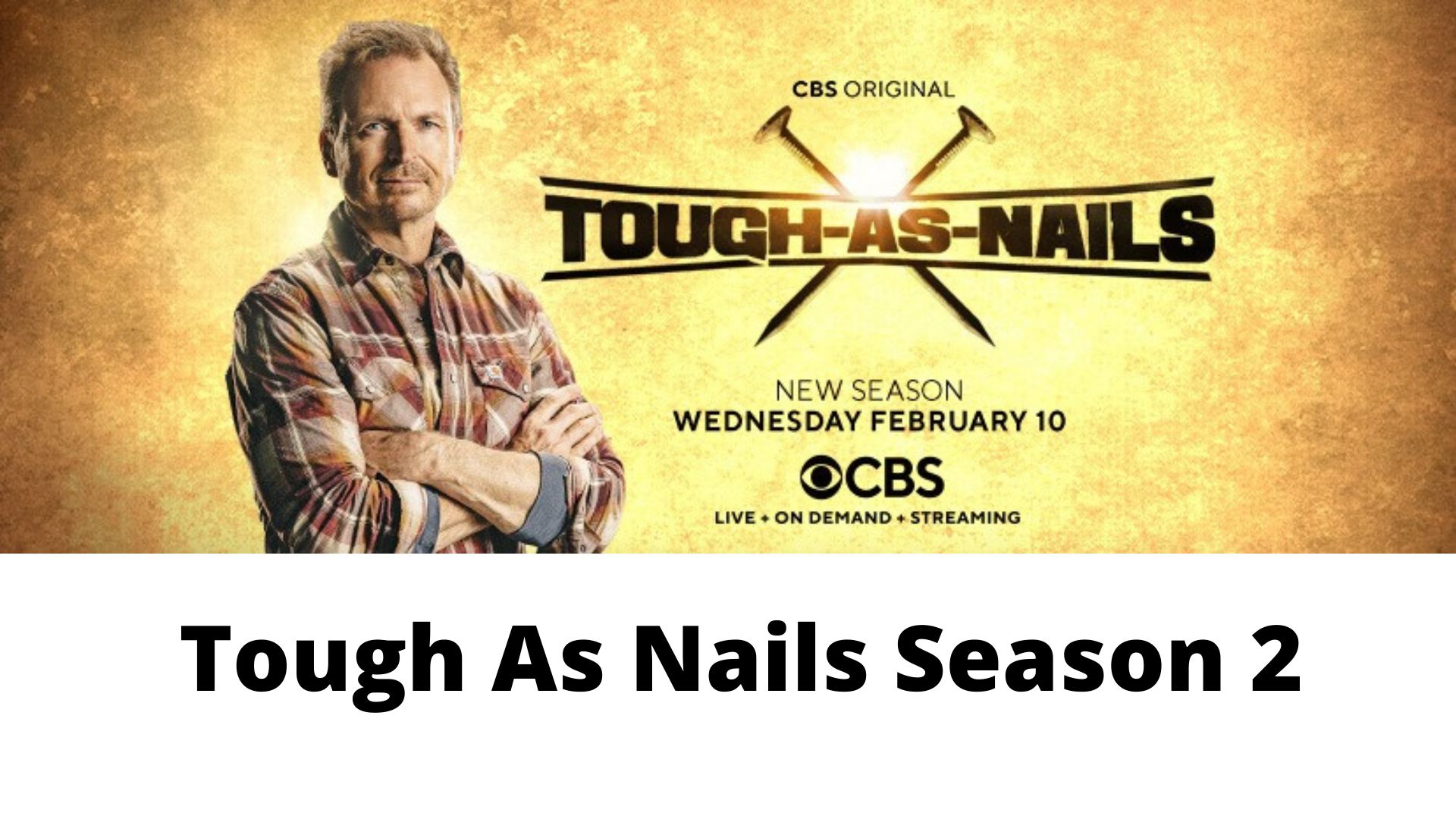 Tough as nails is an American reality show. This reality show is competition television series. Season 1 of this reality series aired on 8 July 2020.  And, CBS is the original network of the show. This is a brand new reality show. Now its time for season 2 to kick off. On 10th Feb 2021 season 2 is going to kick start on CBS. Phil Keoghan is the host of the show. Phil is also the co-creator of the show with Louise Keoghan. Moreover, Phil and Louise are co-producers with Anthony Carbone.

In this show, contestants are tested with very difficult tasks. Moreover, this show is the test for their Strength, endurance, life skills, and mental toughness. The tasks are provided to the contestants at the real-world job sites. There are a total of 12 contestants in the show. And, they are divided equally into two teams. However, the contestant from any losing team performs the worst is punched out of the show. The prize for the winner is a cash prize of $200,000 and a Ford Super Duty Truck.

Raquel Productions and Tough House Productions are two production companies of the show. In this show, contestants are given tough tasks that are adventurous and risky. This kind of task in the show requires strength, endurance, life skills, and mental toughness. So At the end of the season, the toughest contestant will be declared as a winner. The prize for the shows’ winner is $200,000 and a Ford Super Duty truck. 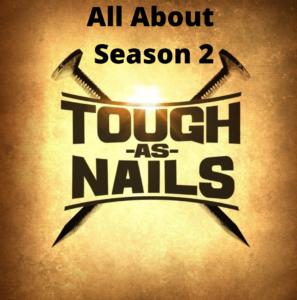 Tough as nails Season 1 premiered on 8 July 2020. It is the debut season of the series. In this season there are a total of 12 contestants. And, those contestants are divided into two teams of 6 members each.

On 10th Feb 2021 season 2 will start. In August 2020 series was renewed for the season season. And here we are at the doorstep of grand premiere. Last year there were 2 teams. This time we will get to know about the team names on the day of its premiere.  So stay connected. 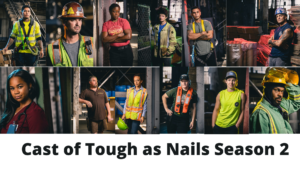 If we exclude the host and judges, there are a total of 12 contestants. Those 12 contestants are equally divided into two teams, 6 in each.  Dirty hands and Savage crew are two teams in the show. So here are the list of contestants in 2 teams.

So guys in this reality show, contestants are not eliminated in the Entire. Moreover, they have chances to win an additional prize in the entire season. So the contestant who finishes last in the individual challenge is declared a loser. And, then that contestant of the overtime challenge is punched out. Till now only two contestants have been punched out.

The rules and regulation will be same as previous seasons’. Only change will be made is the team name and new cast. Contestants will be punched out every week one by one. At last there will be only one winner.  Till now we have only these details about the season 2.

When was debut season aired of the show?

What is the prize for the winner?

When is the finale of Seaosn 1?

The Show has planned to release a total of 5 episodes for the season. The last episode is going to air on 29 July 2020.

What is the minimum age required to be in this show?

The minimum age to be a part of this show is 21 years.

When will season 2 start?