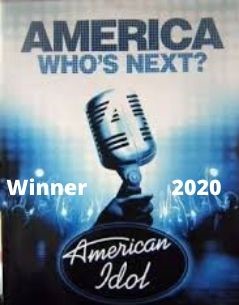 “Every year after fighting a competition, there comes an American Idol Winner. The best one crowned as the title of the show. And now it’s time for the 18th one. Who will be the 18th American Idol? Well for that we have to wait.”

One of the best American singing reality shows American Idol is renewed for its 18th edition. Initially, the show got a start as the Idol format which was highly similar to the format of the British television show “Pop Idol”. However, the show was getting a lot of applause from the viewers. It made the franchise continue the renewal of the show from the year 2002.

The show is quite similar to other singing reality competitions. It features many singing aspirants who want to show their talent on national television. Some of the contestants in the show want to be pro and they see the show as the door to their career.

After American idol auditions, Top 20 contestants get shortlisted to be in the further race. And after completing the season, one of them is titled American Idol Winner.

Moreover, the winner of the show is selected by the viewers of the show. The contestants feed on the American idol vote of the audience to continue their journey in the show. The one with the least votes is eliminated from the show.

The winner of Season 18 is Samantha Diaz who is 21 years old and a very well deserving contesant. 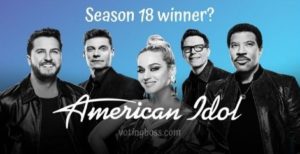 Every year contestants fight up to the finale. The finale is the final destination to hit. Among Top 5 contestants, 3 are selected to the top 3. These Top 3 are called finalists of the Season. And one among 3 is titled as the winner. The Finalists of the season were:

Let’s have a look at the Top 3 finalists’ details

The name is now not only Just Sam it is crowned with the title of American idol 18. So you better call it as The American Idol Just Sam. Samantha Diaz is her real name and she chooses to be called as Just Sam (stage Name). With the maximum number of votes New York resident Just Sam won the crown and titled as the ultimate winner of American Idol season 18. 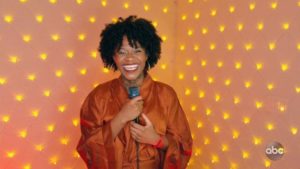 The real name of Arthur is Dibesh Pokharel. He is from Kathmandu, Nepal. The Nepalese singer-songwriter showed a beautiful side of his talent and also won the heart of the viewers. He has released an album earlier titled as Khoj and Grahan.

The third finalist Dillon James is known for his beautiful soulful vocal voice. Which made the judges choose him over and over again. He is from California. Dillon has released an EP Good Ole Boy and an Album in this April named Unstable Pride. 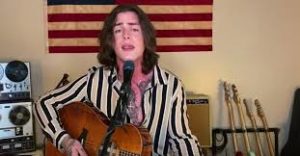 Updates Of the Season 18

To enjoy the best of the show you must have to know who is going to perform. Moreover, to know the winner of the show.

You are likely to see them in the show. With such huge talent residing beside them, they can be the contestant to appear in the finale of the show. From their personal profile and watching them perform we can convince that for the spot of season 18 winner.

Season 18 is not same as the other seasons. Because of the COVID-19 situation. Instead of performing on stage, they performed from home. And the winner was declared in the very same way. 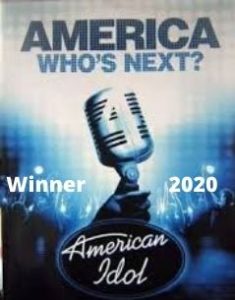 Talking about the result of the finale, Just Sam is the winner. She is the one who will recieve trophy and prize money.

To make sure who got this deal you have to watch the show till the very end. We are quite positive that if you start watching this show you will surely like it to continue watching further episodes. So this is it. Also, For more updates follow us on Facebook at Entertainment Buzz.

When will be the finale of American Idol 2020?

American Idol season 18 has reached to its end. Now its time for the finale. The last episode has left which will be telecasted on 17th May 2020. On 17th May 2020, we had the 18th winner of the American idol.

Who is the most successful american Idol Winner?

There are 2 winners of American idol who are very famous and are in Buzz since winning the title. One is Kelly Clarkson and the other is Carrie Underwood. Both have released their albums and also have won Grammy’s award several times.

Who are some famous american Idol Contestants who didn’t win?

There are many contestants who didn’t win the title of American Idol yet they are famous. some of them are: Clay Aiken, Jennifer Hudson, Haley Reinhart, Chris Daughtry, Kellie Pickler, Melinda Doolittle.