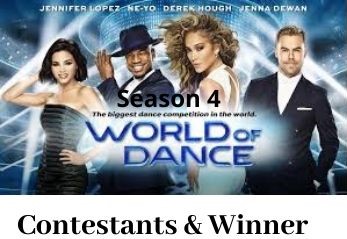 With having a lot of sensational and jaw-dropping performance last season around. It is finally official, World of Dance 2020 will go on for another season run. The news of the renewal of the show for the 4th season made fans more eager for the return of the reality competition.

The show is all about contestants competing in the auditions of the show from all over the globe. Performing various dance forms made an impact to deliver almost everything that fans want from this reality competition.

Moreover, the competition is divided into different categories on the basis of age and number of team members. From each group division, there is a winning team or individual who will move further in grand final competing with other division winners. At last the grand finale winner is considered the best among all the contestants and is awarded with the grand prize of $1 million.

Scroll down to know more about the upcoming season. 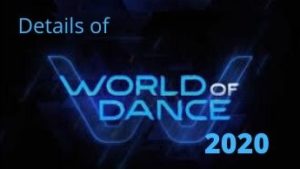 The show is being judged by the leading dancers renowned worldwide. So, the judges in the show are Jennifer Lopez, Ne- Yo, Derek Hough.

Host of World of Dance Season 4

Also, the other face that the show covers the most is the face of the host or presenter. So, for World of Dance the presenter or host is Scott Evans and Jenna Dewan.

As for the position of the host Jeena Dewan was the first choice for the 1st and 2nd edition of the show. Later on, she was replaced by Scott Evans in the last edition of this amazing dance reality competition. However, Jeena from her social media accounts posted that she will be back in this show. But for this time again Scott Evans will again be the first choice as the host of the show.

The dance stage that is loved by millions of people all around the globe is a creation made by the contestants every time they step on. These contestants bring out the life and amaze every person who is looking at them performing week in week out.

This stage promotes people competing in the completion from all over the globe to be recognized as the best dancers of their division and then competing in the grand finale for a grand prize of $1 million.

NOTE- We will update the contestant list as soon as there will be an official announcement regarding the contestants in the show. 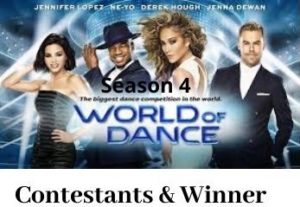 Let us backpedal to last season when there were mesmerizing performances by the various contestants and teams. In the last season of the show every performer were outlasting each other bringing life to the competition more than ever.

The upper team contestants were-

Finally, the junior contestants were

Dancing With The Stars Voting

As the competition begins the contestants will keep on eliminating from the show one by one. On the basis of public voting and judges marks, the result will be declared every week. All you need to do is to wait until top 10 artists will be chosen.

We will update the eliminated contestants names every week